I Think I Am Going Crazy
3 Min Read Time

The state between being an active Jehovah’s Witness, and no longer believing is terrifying. There is an overwhelming fear you are losing your mind, going crazy. You may have seen a range of information that seems to prove the Watchtower is not the truth, yet no one else seems to care. Is there something wrong with you, because surely you can’t be right and everyone else wrong? Has Satan “blinded” your mind?

If you tell your parents you no longer believe, they criticise you. If you back up your feelings with facts, such as all Watchtower’s false predictions for the end, they just say it shows how much closer it must now be. When the news reports cases of child abuse, they say it is all lies.

You are surrounded by people you cannot relate to. You cannot have a proper conversation about your thoughts with anyone, for fear of being labelled an apostate. If you are right and this is not the truth, what will that cost you – your family, your friends and your future? You life is losing direction and the future is too scary to imagine.

You are not alone. Every Jehovah’s Witness that leaves for intellectual reasons goes through the same struggle. It is common to be overcome by feelings of loss, depression and thoughts of suicide. Thankfully, most get through this stage and go on to live fruitful and happy lives.

It is an incredible relief to learn that you are not crazy and not alone. Right now, tens of thousands of Witnesses are thinking and feeling what you are, with hundreds posting online everyday seeking advice. There are quite literally hundreds of thousands of Jehovah’s Witnesses that have been where you are right now, have thought the same as you are thinking, and faced the same fears. They made a conscious decision to leave, and now live successful lives despite being no longer part of the religion.

This is supported by Watchtower’s publisher statistics. The number leaving each year is almost half the number baptised. 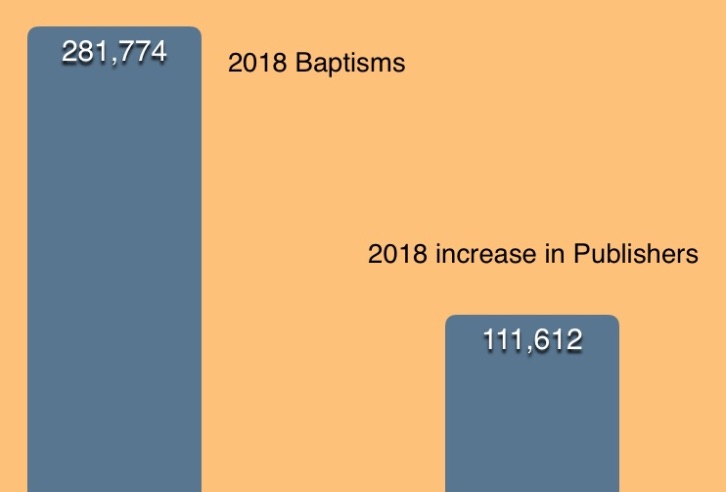 You are not crazy. The reason you feel you are going insane is because you have been indoctrinated to doubt yourself. You were constantly told you are a sinner, misled by Satan, too insignificant to know the mind of Jehovah, unable to even direct your own step. These thought-stopping techniques are logical fallacies used to stop you questioning. These lines of reason are commonly used by high control groups to prevent their members leaving. For example, Mormon children are afraid to trust their own judgment and question their religion for exactly the same reason.

You are not flawed or broken. The opposite; you are the one strong enough to stop and consider facts. You are not losing your mind, but instead dealing with cognitive dissonance. This is the painful acceptance that your beliefs are not true, and that there will be hardship if you chose to act on that realisation. This will pass.

What next? Keep researching and look at the articles with advice on next steps. It is important to be strategic on who you talk to and how you fade away. Ideally plan to finish your education, move out of home and then build a new life, family and career.