It is natural for a man to grow a beard. Men in the Bible, including Jesus, had beards. Yet it is rare to see one of Jehovah’s Witnesses sporting a beard. On the other hand, to represent a worldly person in a negative light, it is not uncommon for them to be pictured with a beard. “… there was a remarkable transformation in the lad. He shaved off his beard, cut his hair, and stopped using drugs.” Watchtower 1989 Sep 15 p.32

“For men, a neat personal appearance may include being clean-shaven.” Benefit From Theocratic Ministry School Education (2001) p.133

When it comes to conventions, instruction documents against beards are much clearer.

In 2016, an article was released that slightly softened the stance, stating that “in some cultures, a neatly trimmed beard may be acceptable… .” Watchtower 2016 Sep p.21

Yet in countries like America, a beard is still uncommon. In a February 2018 midweek meeting, Governing Body member Lett suggested that we would not want to insist on the right to a beard if it were to stumble someone, a common comment made by elders.

Pastor Russell who founded the Watchtower religion had a thick white beard. 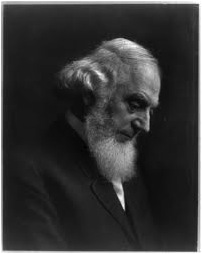 After he died, Judge Rutherford took over as Watchtower’s leader. Many did not accept Rutherford as Watchtower’s second leader. Rutherford was insulted that brothers wanted to imitate Russell and started to force brothers to shave their beards.

“Brother Rutherford … noticed that over the years Brother Balzereit had grown a beard very similar to the one worn by Brother Russell. His example soon caught on … . During his next visit, within earshot of all the Bible House family, he told Brother Balzereit that he could buy the rotary press on the condition that he shave off his beard.” 1974 Yearbook of Jehovah’s Witnesses pp.97-98

Between 1930 and 1968, Watchtower illustrations went as far as to present Jesus as clean-shaven and with short hair.

Since 1968, Jesus once again has been portrayed with a beard. A good example of how Watchtower manipulates the Bible is found in Leviticus 19:28:

Watchtower uses this Scripture to try and prevent Jehovah’s Witnesses getting a tattoo (Awake! 2003 Sep 22 p.26), yet ignore the words in the same Scripture forbidding cutting the beard.

It is natural for a man to grow a beard. Beards are not a sign of hippies and rebellion, they appear on Royals, Politicians, corporate Managers and movie stars. Yet Jehovah’s Witnesses are expected to shave because of a standard stemming from the insecurities of the second leader, Judge Rutherford. This is just another example of how Watchtower leaders use undue influence to control their members.