Jehovah’s Witnesses are not allowed to celebrate birthdays. Particularly for children, this can cause feelings of embarrassment and loss. The Bible never states birthday celebrations are wrong, and Watchtower reasoning against birthdays is invalid.

Delving into each point shows poor logic, and a contradiction of Bible principles. 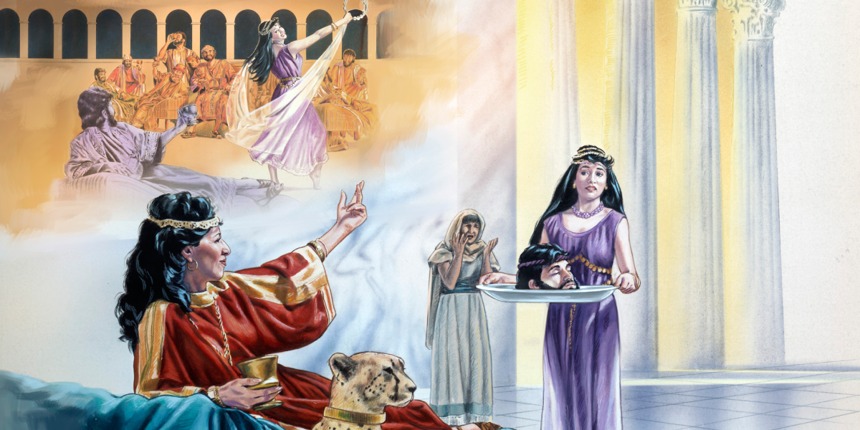 Image Source: Jesus – The Way, The Truth, The Life Chapter 51

The birthdays mentioned in the Bible were not normal birthday parties, rather the parties of kings, and the stories do not end with a warning against birthdays, as this was not the purpose of these accounts.

Pharaoh’s birthday celebration at Genesis 40:20-23 ended with the death of the baker, in fulfilment of a prediction by Joseph, showing the prophetic ability of this follower of God.

If we are to assume the inclusion of something bad in the Bible is to warn against such things, we would also need to follow these rules:

Birthdays should be held to the same standard.

““A name is better than good oil, and the day of death than the day of one’s being born.” (Eccl. 7:1) … So the imperfect life we have at birth is not really life at all from God’s point of view. … Would it not be better to seek and rejoice in a good relationship with God than to celebrate a birth date?” – Awake 1981 Dec 22 pp. 14-15

Ecclesiastes 7 makes other comparisons: vexation is better than laughter, a funeral better than a banquet, and mourning better than rejoicing. The intention is not to forbid being happy or attending a banquet any more than celebrating one’s birth.

Watchtower also uses Ecclesiastes 7 to suggest that birthdays attach excessive honour or importance to an individual. (School and Jehovah’s Witnesses p.18) This inconsistently singles out birthdays, since Watchtower does allow:

Bible Writers did not Celebrate Birthdays

The Bible does not mention the celebration of birthdays, as they were not a Jewish practice. Watchtower uses this to condemn birthdays. (Insight on the Scriptures, Vol 1 p.319) A “non-practice” does not make something wrong if the Bible never specifically condemns it, otherwise there would be no end to the creation of frivolous rules.

Watchtower claims birthdays are to be avoided due to being pagan. Forbiddance of beliefs and behaviour on the basis of paganism is one of the most illogical, misused, and contradictory lines of reasoning within the Watchtower, as pagans have done virtually everything we do. The life a of Witness is filled with pagan practice:

Weddings are steeped in pagan roots, including the cake, dress and ring. For some reason, a Witness may participate in most wedding practices, but forbidden to throw confetti. The giving of wedding gifts is accompanied by murder in the Bible. David was required to supply the foreskins of 200 slain Philistines as a dowry to King Saul (1 Sam 18:27) and Pharaoh killed the inhabitants of Gezer to give the city as a wedding gift to his daughter, Solomon’s wife. (1 Kings 9:16 NIV)

If God wanted us to abstain from birthday celebrations, it is reasonable to conclude he would have specified as much. For this reason, Jehovah’s Witnesses were permitted to celebrate birthdays until the 1950’s. The Bible presents life as a gift to be celebrated and for which to be thankful. The angels celebrated the birth of Jesus (Luke 2:10-14) and the Magi presented the infant Jesus with gifts that were accepted by Joseph and Mary. Job, an “upright and blameless man” celebrated with his children, in what was possibly their birthday celebration. (Job 1:4,5 “And his sons went and held a banquet at the house of each one on his own day.”)

The greatest day of my life was the birth of my son; the greatest wonderment, and happiness. Every day I marvel at him and his progression and each year we all eagerly wait and enjoy his birthday. Could I honestly tell him that I cannot celebrate his birthday because “the day of his death is greater than the day of his life”? This concept reinforces that Jehovah’s Witness parents are expected to show conditional love to their children.

The Watchtower stance on birthdays presented in this article draws upon Why Don’t Jehovah’s Witnesses Celebrate Birthdays? (10 Jul 2019).